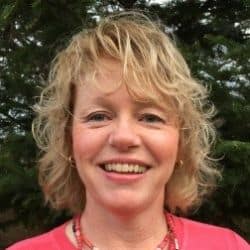 Jodi spent the last 25 years working in primary care practices in various roles. She is a passionate advocate for bringing awareness of affordable and accessible community resources to healthcare providers to improve the health of patients and families. Jodi developed a community care management program that consisted of a team of care managers who work with patients with complex medical and social needs. This work involved visiting patients in their homes or communities to assess and address the barriers that prevent them from being successful in caring for themselves. Jodi has extensive experience in quality improvement activities with a focus on chronic conditions such as diabetes, cardiovascular disease, hypertension, and preventative care. Jodi is married and has two adult children. When her children were young, she was instrumental in helping to rebuild a school playground for her home community and was active in sports boosters. She enjoys gardening and cooking healthy meals with fresh, local ingredients. 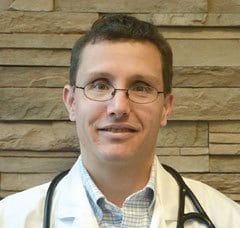 Ben moved to central Maine from Virginia in 2002 to begin a family medicine residency program, and has been in this region ever since. He began working for MaineGeneral in 2008, becoming the medical director for MaineGeneral’s primary care department in 2016. In this role he has become increasingly aware of how the health of a community isn’t primarily the result of individuals’ medical care, but rather the result of larger social and environmental factors. As a result, enabling and strengthening connections within the community can be much more effective than prescribing a medication or ordering a study. When not spending too much time at work, Ben enjoys running, playing music, attempting to comprehend 19th century Russian literature, and, most of all, spending time with his wife and daughter. 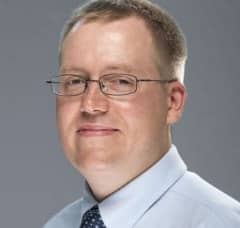 Assistant Professor of Psychology, University of Maine at Augusta

Patrick is a current HCCA partner at UMA interested in HCCA’s preventative health efforts, substance use reduction, and student engagement. His academic interests include family poverty, non-resident parenthood, the college trajectories of rural students, and family policy. Strengths Patrick will bring to HCCA’s Board of Directors include Community Connections, Fundraising & Development, Grant Writing, and Advocacy. 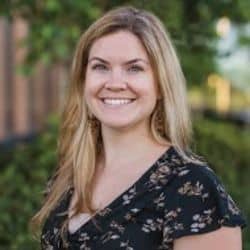 Sam was born and raised in the greater Detroit, Michigan area, and attended Occidental College in Los Angeles, CA where she studied premedical sciences and international relations. She volunteered at the Los Angeles Free Clinic (now the Saban Community Clinic) in Hollywood, at the LA County ER, and in Tijuana on a medical mission trip. Sam attended medical school in Ft. Lauderdale, Florida where she also completed her Masters of Public Health and studied tuberculosis treatment in Palm Beach County’s health department clinics. Sam made the move up to Maine in 2015 to start her family medicine training at Maine Dartmouth Family Medicine Residency. During her residency she cared for patients at Maine Dartmouth Family Practice in Waterville, at the Alfond Center for Health in Augusta, and at the MaineGeneral emergency rooms in Augusta and Waterville. She especially enjoys working with women and children, and has delivered over 100 babies! Sam is finished her residency in June 2018, and will be started an emergency medicine fellowship at Maine General in July. 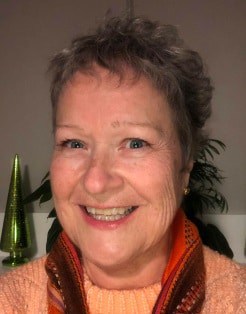 Cathleen Dunlap is a licensed clinical social worker who serves as the Clinical Director for Paramount Behavioral Services, Inc., based in Waterville, with an outreach office in Hallowell. Cathleen is married and has three adult children and four grandchildren. Cathleen has lived in Augusta all of her life and can trace ancestors to the area pre-Revolutionary war. She is one of five daughters born to parents who loved all of their “girls” joyously until the days of their deaths; Cathleen notes that supporting them on their last journeys was a challenging and humbling experience—and a great honor.

Cathleen previously worked as an educator for local Adult Education programs in Gardiner, Hallowell, Turner, and Augusta as well as for the University of Maine at Augusta and Kennebec Valley Community College. She is also a Coach for WW of Maine (formerly known as Weight Watchers). Cathleen has provided support to and advocacy for victims of sexual assault and interpersonal violence as a past employee for the Sexual Assault Crisis and Support Center as well as for the Family Violence Project. Other paid employment experiences included working as a Vocational Rehabilitation Counselor for the Maine Department of Labor and as a social worker assisting veterans newly home from wars in Iraq and Afghanistan. Cathleen has served on a number of local boards and committees including ones for Motivational Services, Inc., the Augusta Bicentennial Committee, and the Maine Chapter of the National Association of Social Workers–elected twice as their president. Cathleen’s interests include reading, gardening, canoeing, camping, taking care of her small flock of chickens, and watching her grandchildren play baseball, softball, soccer, basketball, and compete in gymnastic events. 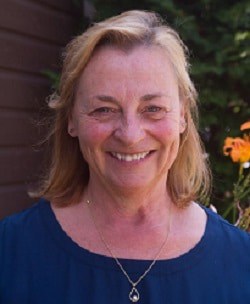 Deborah has served as the Executive Director at Maine Arts Academy since July 2017. Previously, she worked for a public school in Maine for seventeen years and served as an Interim Superintendent in a district of 2000 students for 2015. Deborah graduated from University of Massachusetts with a Bachelor of Science in Education and Sociology. She then obtained a Master’s Degree from the University of Maine in school administration. Following nine years as a classroom teacher, Deborah completed her Certificate of Advanced Study from the University of New England with a focus on School Administration. In 1999, Deborah was nominated and served as National Distinguished Principal representing Maine at the national level in 2006. Deborah also served as the Maine representative to the National Association of Elementary School Principals for 2013-16. In 2010, Deborah was a Fulbright Scholar recipient who visited Argentina to tour and consult at rural schools. Deborah has also served as a peer review editor for federal grants including Safe and Drug Free Schools and Emergency Preparedness. Deborah has a long time passion for good health for the children of Maine through her advocacy for sound school policy, healthy choices, and local food initiatives. 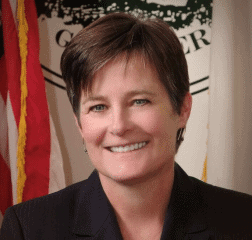 Patricia has over 30 years of experience conducting program evaluation, facilitating groups, writing grants, and analyzing data for a variety of organizations covering a range of topics. Patricia is well versed in management consulting, evaluation design, methods, data collection, analysis, reporting, and presenting findings. She has owned and operated her firm, Hart Consulting, for more than 20 years consulting on public health, healthcare, economic development, and education program evaluation. Active in community work, Patricia served four terms on the Gardiner, Maine City Council and is currently serving her first term as Mayor. She is a past President of the Gardiner Rotary Club, past Chair of the City of Gardiner Planning Board, a trustee to the Robinson Trust, and a returned Peace Corps Volunteer/Nepal. 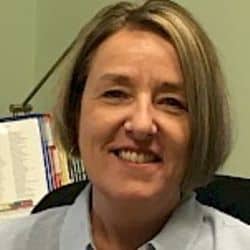 Pat is the Superintendent of Schools in Gardiner (MSAD #11). Pat started her career as a high school teacher 12 miles off the coast of Maine on North Haven Island.  After earning her Masters in Education Administration from UMaine, she left the classroom and joined school administration. To become a Superintendent, she went back to UMaine and attained her Certificate of Advanced Study in Educational Administration. Pat then became the Superintendent in Camden Rockport. She is a member of Rotary, and as Superintendent and Rotarian she is committed to giving children the educational, social, and community support they need to become successful adults. While in Camden Rockport she partnered with the community to address student suicides and has lead Gardiner to create a strong Wellness Committee focused on supporting student and staff well-being. Professionally, she has been and remains active with the Maine School Superintendent’s Association. Pat sees service on HCCA’s Board as a way to continue to provide her students with all possible resources and opportunities to succeed. 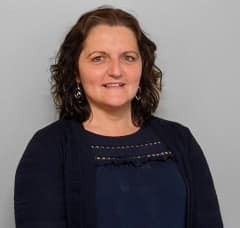 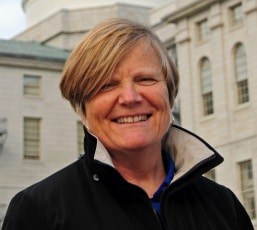 Lisa recently retired from her job of 20 years as a Senior Program Officer of the Bingham Program, a charitable endowment for Maine based at Tufts Medical Center in Boston. She managed a diverse array of projects addressing access to health care, public health policy, community health, oral health, mental health, and health professions training. Lisa was also an elected Representative in the Maine House of Representatives for six years, serving a district of five small rural towns. She served on the Legislature’s Appropriations Committee as well as the Health and Human Services Committee. She has been an officer on the Boards of Medical Care Development, Inc., the Maine Philanthropy Center, the Maine Health Access Foundation, the Maine Public Health Association, and the Maine Center for Economic Policy. 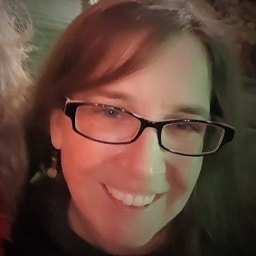 Sarah holds a B.A. in Sociology from Colby College and an M.A. in Sustainable Communities from Goddard College. Her professional life has developed out of an intersection of passions including the healing arts, vibrant communities, and social justice. She is currently the Co-director. 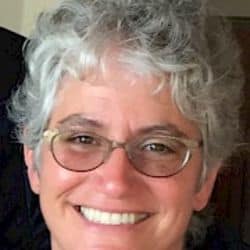 Barbara practices full scope Osteopathic Family Medicine at the Maine-Dartmouth Family Medicine Residency in Augusta, Maine where she is faculty and is the coordinator of the Community Medicine curriculum. Barbara’s practice focuses on prevention and wellness in alignment with the Osteopathic philosophy. Her interest in Public Health stems from her experience with the Emergency Medical System in Alaska and witnessing repetitive trauma thinking, “There has to be a way to fix this!” She is energized by the efforts of HCCA to make change in the health of our community. 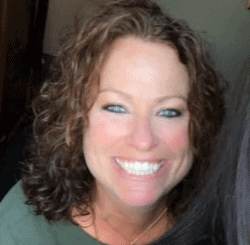 Merry has worked in marketing for 21 years and helped many businesses and events grow and gain top of mind awareness. She loves to give back to her community and support those who need help. Merry is the mother of 2 grown children and grandmother of an amazing grandson that she knows will be a part of this community, and hopes to help make it a better one that offers more for people of all ages. 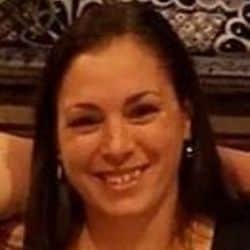 A native of Massachusetts, Ashley holds a Bachelors in Business Economics from the University of Maine at Farmington and an MBA with a concentration in Project Management from Southern New Hampshire University. Ashley is qualitative researcher who is well-versed in culturally and linguistically appropriate health communication. As a former athlete and director of youth sports programs, Ashley believes in working with partners to build their internal capacity to do evaluation and share their program successes by taking on more of a coaching role. Additionally, Ashley has a wealth of knowledge of the Maine public health infrastructure and related state government agencies. Over the years Ashley has presented at local and national conferences on innovative evaluation methodologies and the benefits of integrating evaluation and communication strategies. 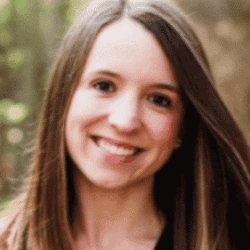 Courtney is the Resource Development and Marketing Director at United Way of Kennebec Valley, a nonprofit organization that funds direct-service community needs related to basic needs, health care, education, and financial stability. She spearheads fundraising strategies and volunteer coordination for a $1.7 million annual campaign, building strong relationships with donors and local businesses. In the past, Courtney has worked in public relations, fundraising and marketing for both Crisis & Counseling Centers and the Maine Department of Education. Courtney holds a Bachelors in English from Colby College and is currently pursuing her Masters in Public and Nonprofit Management at the University of Southern Maine’s Muskie School. Giving back to the community is Courtney’s passion, Beyond her work, she most recently volunteered with Big Brothers Big Sisters and Cooking Matters. In her spare time, Courtney enjoys teaching fitness classes, cooking gluten-free recipes, and hiking throughout Maine.